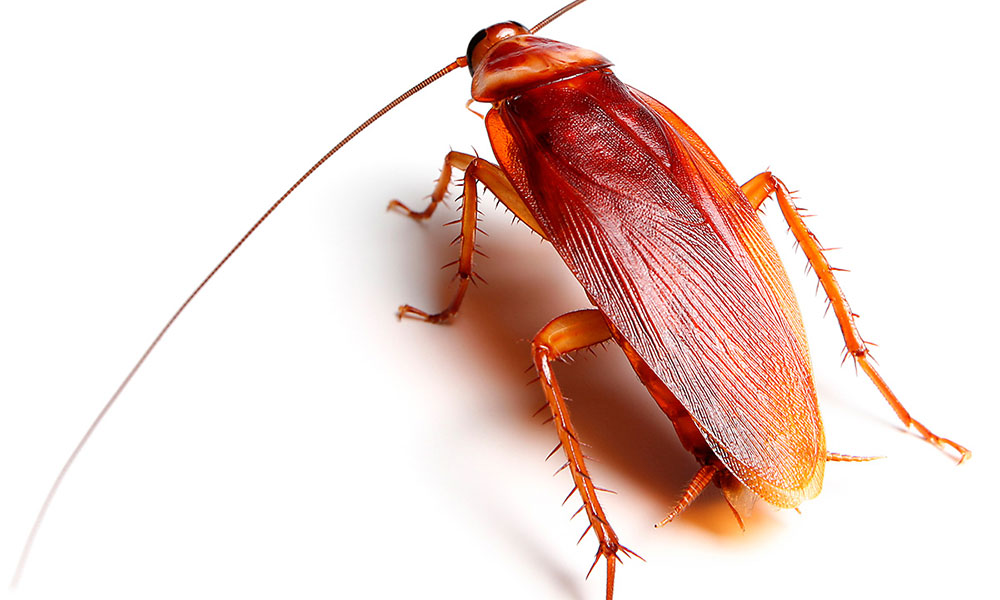 The American roach (Periplaneta americana), also known as the American native roach, is the biggest of the common cockroaches that you will find in your home.   The American cockroach can range in length from about one inch to an inch and a half. 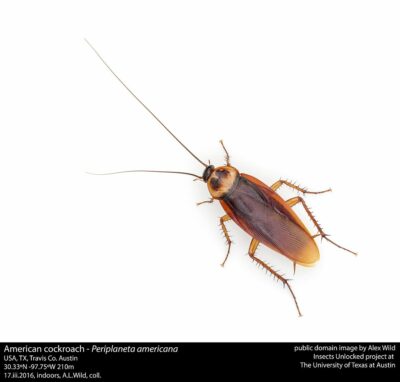 The lifecycle of this cockroach is quite rapid and impressive, like other cockroaches.  Females will produce egg cases and then carry them around on the tip of their abdomen for a few days.  After at least two days have passed, the female will then hide the egg case, which is about 3/8 inch long, brown, and rectangular in shape.  The cockroaches will not hatch for another 6 to 8 weeks after the female has hidden the egg case with care.  Adults will take up to a year to mature, and females can produce up to 150 baby cockroaches during their life!

The comfortable temperature for an American roach is about 84 degrees Fahrenheit.  When temperatures are cooler, these roaches will move indoors through sewer connections, under doors, through crawl spaces, around utility pipes, air ducts, and cracks in the foundations of homes.  When the temperatures rise, cockroaches can be seen more often outside on porches, and even on walkways.

If you want to limit the number of American roaches that are attracted to your home you need to limit hiding spaces, clutter, and food waste.  When you limit hiding spaces and feeding sources, you’ll eliminate the attractiveness to cockroaches.  Filling in cracks in the foundation, putting screens over crawl space vents, and sealing around utility pipes will help you avoid inviting the American roach into your home. Clean up all spilled foods, including crumbs on the floor. Do not leave dirty dishes overnight. Store items such as cereal, crackers, cookies, flour, sugar, and bread in airtight sealed containers. Empty garbage each evening into a sturdy container with a tightly fitted lid.

While the American cockroach will not destroy your property like termites can, it should not be a welcome guest in your home. Different forms of gastroenteritis (food poisoning, dysentery, diarrhea, and other illnesses) appear to be the principal diseases transmitted by German cockroaches. The organisms causing these diseases are carried on the legs and bodies of cockroaches and are deposited on food and utensils as the cockroaches forage. Cockroach excrement and cast skins also contain a number of allergens to which many people exhibit allergic responses, such as skin rashes, watery eyes and sneezing, congestion of nasal passages, and asthma.

While sanitation and exclusion are important factors in gaining control of American cockroaches, infestations will generally require the use of some pest control products and insecticides to gain control.  Since their introduction, gel baits have been a very successful tool in combating roach infestations.  These gel baits come in a syringe and small amounts of bait at placed in the cracks and crevices of areas where roaches are encountered.  The most effective baits will include both insect growth regulators (IGR) and a pesticide that will kill adult roaches and prevent young roaches from developing further.  Other treatments include spot sprays, sticky traps, insecticidal dust, and boric acid.  As with any pesticide make sure the label is followed for proper use.