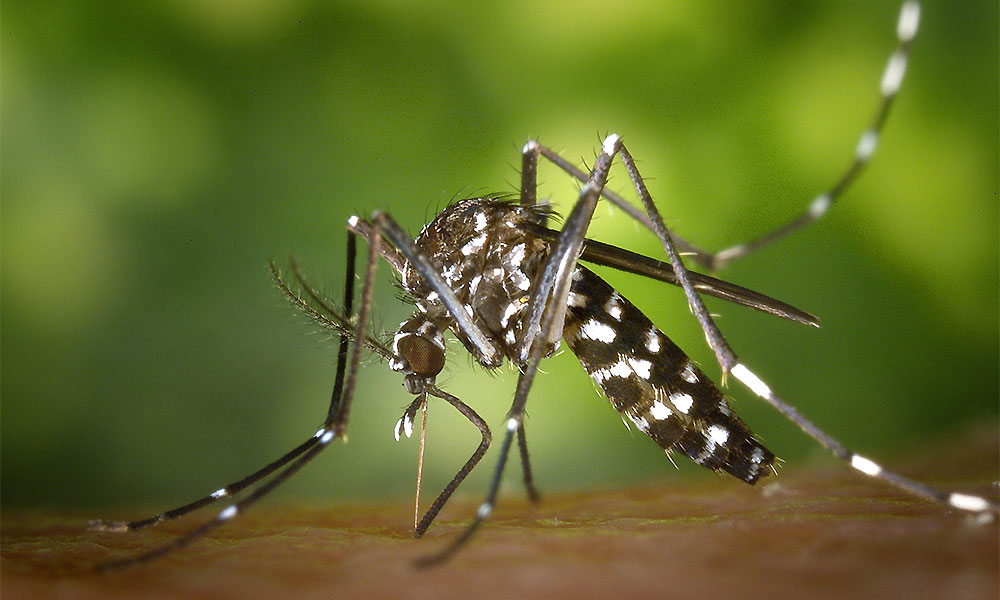 A deadly Eastern Equine Encephalitis (EEE) outbreak is spreading across the eastern United States. This most recent outbreak has already claimed at least seven people with 27 confirmed cases and the numbers are still climbing.  Locations affected so far include Michigan, Massachusetts, Connecticut, Rhode Island, North Carolina and New Jersey.  This deadly virus is transferred (vectored) by mosquitos when they feed on an infected bird and subsequently another host.  EEE is capable of infecting a wide range of animals including birds, reptiles, mammals, and amphibians although the virus is maintained through a mosquito > bird infection cycle.  Interestingly, the black-tailed mosquito (Culiseta melanura) that maintains this infection cycle with birds does not feed on humans.  Transmission to humans requires being bitten by other mosquito species that feed on both infected birds and humans to serve as “bridge vectors” and pass the infection along.  These other species generally include Aedes vexans, Coquillettidia perturbans, Ochlerotatus canadensis, and Ochlerotatus sollicitans.  Infected mammals usually do not have high enough concentrations of the EEE virus in their blood to allow for transmission, thus they are considered a dead end host.  Horses can serve as a sentinel for the disease as they are susceptible to the virus and infection can often lead to death.  Once contracted, infections in humans are lethal around 33% of the time.

To protect yourself from the virus you should limit the number of bites you receive.  Limit activities during times when mosquitoes are most active (dusk and night), avoid locations with high numbers of mosquitos, wear insect repellant or long sleeves, and remove standing water from around your property that serves as a mosquito breeding ground.